Behind the scenes with the Deepwater Horizon Investigation team

On the evening of April 20th, 2010, a well integrity failure allowed hydrocarbons to escape from the Macondo well into Transocean’s Deepwater Horizon rig, resulting in explosions and fire in which 11 people lost their lives and 17 were injured.

This incident caused a spill of national significance as hydrocarbons continued to flow from the reservoir for 87 days, resulting in the most expensive oil spill in history. 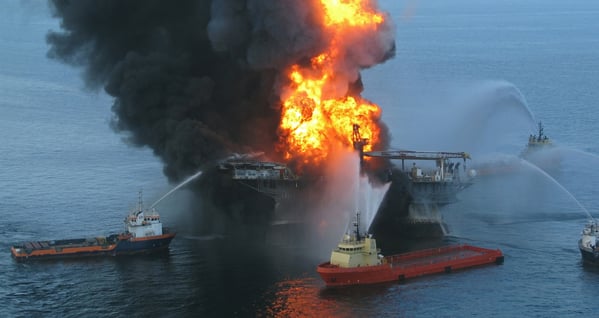 Add Energy was called in to be part of the core investigation team, to independently investigate the events that led up to the incident. Our Head of Well Control, Morten H. Emilsen was brought into this tightknit team of experts to analyze and examine all possible causes and to provide expert recommendations to enable the prevention of similar events in the future.

We interviewed Morten to understand the part that Add Energy played in this crucial investigation and what he learned from working on one of the biggest hydrocarbon disasters to date.

How did Add Energy come to be involved in the investigation?

“A small team of experts from a variety of fields formed the investigation unit, who came together from different locations in just a matter of days after the incident happened - headed up by the Operator’s Head of Safety and Operations, Mark Bly.

“With added pressures from the media, regulators, and the drilling memorandum implemented by the US government in response to this incident, it was crucial for the team to work effectively and efficiently to determine the cause and provide recommendations for more stringent safety systems to be put in place to mitigate risk for live and upcoming drilling and production operations.

“Due to the increase in chronic unease and fear that other facilities could be ticking time bombs, it was crucial to ban all Deepwater drilling activities in the Gulf of Mexico until the root cause was found and improved safety barriers were implemented.

“At the time of the incident, Add Energy already had a frame agreement with the operator for contingency planning of wells and were recognized as world leaders in providing blowout diagnostics, simulations, and well kill solutions. So, when Bly was tasked with forming an expert team to prepare the investigation report and reproduce the chronology of events to determine the root cause of the blowout, Add Energy was already identified as the “go-to” expert to support this effort.

“I remember that call like it was yesterday, it was about 10pm in Norway just a few days after the blowout and I was on the flight to Houston the next day.”

Can you explain more about what it was like working on this team?

“Due to the severity of the incident and subsequent impacts it had, the operator was quick to contract in world-renowned experts from independent companies worldwide, and internally within their own organization. We began work immediately; it was a highly stressful environment working pretty much around the clock under extreme levels of security because it was crucial that we diagnosed the event quickly and with no influence from the outside world.

“Add Energy’s well kill team were also part of the response where they worked in parallel and focused on killing the blowing well – and we couldn’t even speak with them, further demonstrating the level of integrity and independence expected from the investigation team.

“In the early phase of the investigation, we were able to interview some of the offshore operators that were on the rig when the incident happened, this was crucial for knowledge and evidence building, but as time went by, and legal teams became more involved, these conversations became more guarded and offered little insight into actual events. After this, we had to rely more on a data driven approach where we analyzed the real-time data that was downloaded from the rig, such as pressures and temperature response curves to get an idea of what exactly happened.

“The Bly report was published on the 8th of September 2010 and Add Energy's services were instrumental to reach the results and conclusions set forth by the team. After the Bly report was published, it was scrutinized by all parties, but our evaluations and results survived all attacks and alternative explanations suggested by other parties. Later, when more evidence became available including the relief well intersection and recovery of the well and its equipment, our work and findings were confirmed.

“3 years after the incident happened, I was requested to be an expert witness in the litigation process, where I testified in the US District court of New Orleans and was able to really appreciate the importance of our contribution to the investigation, and findings related to the timeline of events and the causes for the incident.”

Can you give a summary of your particular involvement in the investigation?

"My particular task was to take an unbiased, independent approach to determine the timeline of events leading up to the accident, determine the flow rate and flow path of the hydrocarbon influx and to present a situation map of the conditions in the wellbore at the time when the offshore operators initiated the BOP (blowout preventer) to shut-in the wellbore.

“I was particularly interested in determining whether hydrocarbons had already reached the riser when the BOP was activated. This was of significant importance because once reservoir fluids enter the riser, the risk of taking huge volumes of explosive gas at the surface on the drilling rig becomes extremely high.

“It is important to note that throughout the investigation I found the operator who contracted us in to be very objective with a transparent goal to determine the real causes of the incident, no matter who was at fault – the primary goal was to know what happened and how we can prevent a similar situation in the future.”

What were the key findings from the investigation?

“There were 8 key findings from the investigation that contributed to the cause of the accident. We found that they were all integral parts of why the blowout occurred, if you were to remove one there would still be a situation, but it just would not have escalated into the massive fatality that it was. Here is a summary of the findings:

“These key findings are discussed in detail in the published Deepwater Horizon accident investigation report, which I am extremely proud to have co-authored.”

What are your key takeaways from working on such a serious incident?

“One of the key takeaways from this incident, for me, was the issues relating to human perspective and how authority and hierarchy can be detrimental if the is a lack of empowerment within the workforce. This mainly comes from the decision made by the rig to move forward with operations despite the fact that there were clear signs of problems in the wellbore.

“One of the main reasons this incident occurred was down to human behavior and communication. On April 20th they realized offshore that they had a problem, so they shut down operations for 2.5 hours while they reviewed why they had anomalies in the pressure gauge. During normal safe operations, the pressure gauge should be indicating 0 PSI, and on this day, it was sitting at a colossal 1400 PSI. They should have ceased the operations at this point to fully investigate and understand the cause, but it was identified during the investigation that a senior engineer had told the crew that he had seen this before, and it was known as the “bladder effect” and it was not a problem – so insisted they continue as planned.

“Company philosophy, organization, and distance between levels of seniority and positions can contribute to failing the disclosure of human error. This has been a common theme we have seen through the investigation of multiple incidents where wrong judgments are not being questioned or picked up by protocol. Some are afraid to question authority out of fear of being wrong - there are no stupid questions when it comes to life and death. It is so important to question colleagues and management decisions if you feel something is wrong because the possible consequences could be catastrophic.

“The importance of integrity was another one of my key takeaways from working on a case as sensitive and severe as this. Even when you are under extreme pressure, it is important to remain focused and independent, and say what you believe is right – do not be influenced by anyone, even the people you are hired by. And that’s what I am most proud of when I look back on this experience.”

To speak to one of our well engineering experts, please fill in this form with a description of your enquiry topic and one of our team members will get back to you.