Paving the way for a sustainable future: A Q&A with Add Energy’s female leaders

As the oil and gas industry undergoes a seismic shift towards renewable energy, gender equality cannot be forgotten about in the fight against global climate change. This year’s International Women’s Day is centered around the core theme of “gender equality today for a sustainable tomorrow”, which is especially relevant to our sector as sustainability now dominates many decisions and strategies throughout the industry.

At Add Energy, we have decided to mark this important day by celebrating our inspiring female leaders within the organization, asking them to share their biggest career accomplishments, the advice they would give their younger selves and what they hope for as we strive towards a future of sustainability and gender equality…

What advice would you give your younger self, starting your career within the energy sector?

“When I first started in the energy sector, I was very intimidated by being in a male-dominated environment. After my first year in the industry, I moved into a role where I was the only female in a team of about 50 men. If I could go back and give myself advice, this is what I would tell myself: 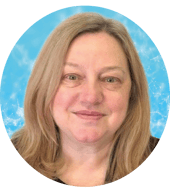 “I have only been part of the oil and gas sector since 2006, although I have more than 44 years of experience across a variety of roles. In the 80s, I joined the RAF to work as a secretary in London, as they were the only one of the UK's Armed Forces to see women as equals, both in terms of pay and opportunities. A love of coaching and supporting colleagues led me to a career change, where I spent several years as a trainer, but what frustrated me was hitting a ceiling that I could not breach without a degree, which wasn’t an opportunity that many women had back then.

“I now have a degree in Business Management and this has allowed my career to progress, while giving me courage and motivation to take on roles that would have been closed to me in the past. My only regret is that I am now so close to retirement and wish I had more time to go do more – although this lack of time won't stop me trying!

“The advice I would give my younger self is that if you want something, go and get it regardless of gender or age. I have a niece who is studying Mechanical Engineering at Aberdeen University, and this is the advice I have given her as well. I would also say that it is okay to change your mind and shift direction if you need to in order to get where you want to be.”

What has been your biggest career win so far?

“Throughout my career, I have had a number of opportunities to travel and live in many countries, as well as the privilege to mentor and train young colleagues - both men and women. A huge achievement of mine thus far has been seeing individuals who have started their career in apprenticeship roles, thrive and flourish within the organization as they advance in their chosen paths. It is so rewarding to see the progression, confidence and strengthening of abilities in these individuals, and to know that I had a small part to play in this.

“I look forward to a day in the not too distant future when these individuals will begin to mentor the next generation who follow them. It is exciting to see our team flourish and to know that we are working hand-in-hand to pave the way for successful, confident and compassionate professionals.” 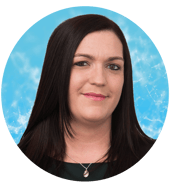 “Being a part of the Add Energy leadership team is definitely the biggest achievement in my career so far. I moved to Aberdeen in 2011 to work at Add Energy as an Admin Assistant, having never worked in oil and gas before. Over time, the role and the business evolved, allowing me to progress into becoming the Finance Manager - a new position within the company. I was given the opportunity to share my vision for the role and the future of Add Energy, which is something I could have only dreamt of doing when I was starting out in the industry 11 years ago.”

How do you think gender equality within the industry can contribute to a more sustainable future, and help to tackle climate change? 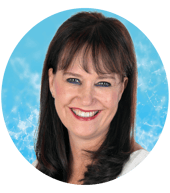 “I have always agreed with Rachel Kyte from the United Nations, who stated that advancing gender equality is not only the right thing to do, but it’s the economically smart thing to do. It is a known fact that climate change and the COVID-19 pandemic has disproportionately affected women, with the World Economic Forum estimating that it will now take roughly 135 years to close the global gender gap.

“We see most oil and gas companies investing millions of dollars to achieve net zero, but the public, private and social sectors should ensure that women play a key role in these investment opportunities.

“Women’s inclusion at a leadership level has led to improved outcomes of climate related projects and policies, as we assess risk differently to men and typically prioritize the welfare of our families and communities in resource-management decisions. It was published that female representee in a country’s parliament resulted in more stringent climate change policies and lower CO2 emissions.

“Women play a critical role in response to climate change due to their local knowledge, leadership in sustainable resource management, as well as their practices at the household and community level. Women often bring more empathy and inclusiveness in their advocacy and problem-solving, which enhances their value as sustainability leaders and poses a fundamental question; is gender equality a missing piece in the climate change puzzle?

“To provide women with the tools to drive change, I believe governments and companies must take steps to increase the share of women who are educated and trained in science, technology, engineering, and mathematics (STEM). A great example of this is the UAE, which now ranks number one for gender equality in the Arab World, with 56% of UAE government university graduates in STEM being women. This was achieved by promoting a framework for women - especially Emirati women - to succeed in these fields.”

“Personnel diversity is a primary focus for our industry and absolutely paramount when tackling the immense challenge of climate change. Women can bring different behaviors, skills and experiences to the workforce compared to men, which allows us to create more balanced teams who can go on to produce valuable ideas and solutions to today’s global problems. Gender equality within teams will also result in more effective and informed decision making, which is what every company is striving for, particularly in the face of climate change.”

What do you think the future holds for women working within the energy sector? What changes would you like to see? 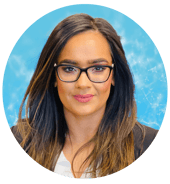 “I truly believe that the future is now. There has been a significant shift over the past 10 years, in that it is less of a rarity to see women in executive roles within the energy sector. Within our North America organization, we have an all female-led management team, which is not only a testament to the caliber of women in our management team but it also represents equality, as these roles were not given based on gender, they were given based on performance and merit.

“The changes I would like to see are a focus on mentoring women of all ages and stages within their career to discuss goals, opportunities and ideas on how they can make a positive impact in the energy sector. I would also like to encourage more women to enter this exciting industry and understand that there is a major cultural pendulum swing happening, where women not only have a seat at the table, but oftentimes, they are now at the head of the table.”

“Oil and gas is traditionally known as a male-dominated sector, but this is changing - albeit at a minute pace. At Add Energy, the number of female employees has fluctuated between 25% and 27% in the past 10 years, whereas a global study in 2017 estimated that roughly a fifth of the oil and gas sector’s employees are women. This shows that we’re outperforming the industry average when it comes to female representation in the company, which is something to be very proud of.

“I believe that the future will see this number grow across the sector, even though it will take time to get there. There are industry and government initiatives encouraging girls to choose science studies which will hopefully see more women working in oil and gas in the future.

“The one change I would like to see is the number of women in leadership positions grow in the coming years. Companies in the energy sector should position the female leaders they currently have as role models to motivate and inspire fellow female employees. This is especially significant if companies want to increase the number of women in leadership roles, which we don’t see enough of right now.” 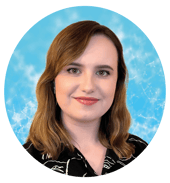 “When I first started my career in the oil and gas industry a year ago, I expected to be stepping into a very male-dominated field. However, joining Add Energy and working at a company with many inspiring women in leadership roles, this felt very promising as a young woman just starting out my career.

“I think it would be great to see more women join the industry as the future unfolds. I would say to any young females considering a career in oil and gas to look forward to playing a fundamental part in the exciting global energy transition.”